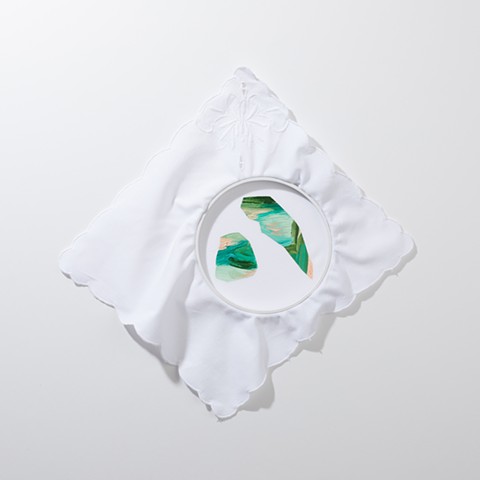 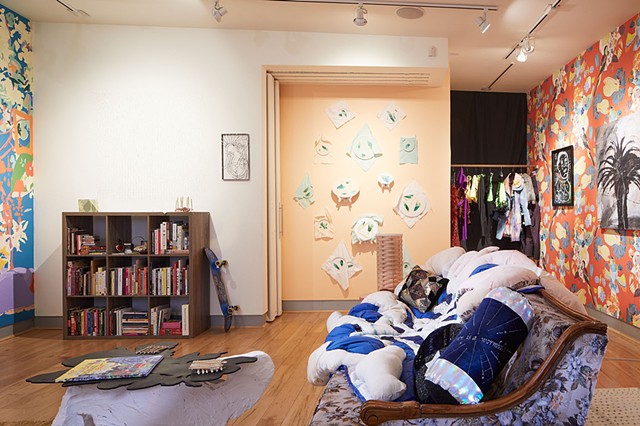 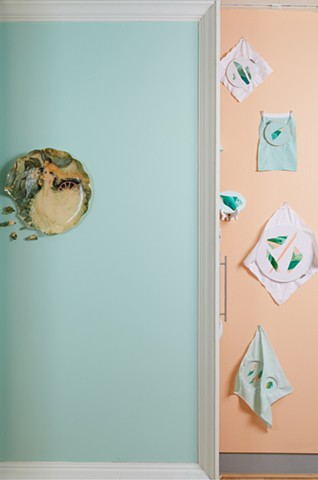 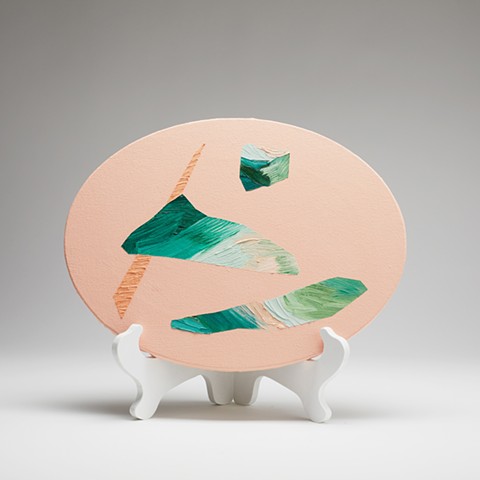 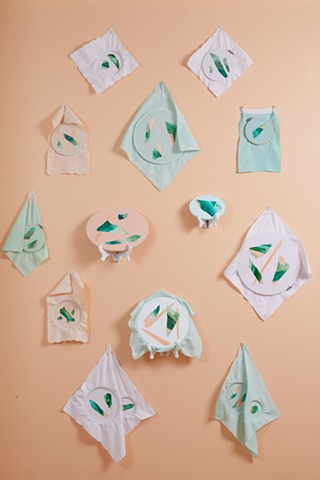 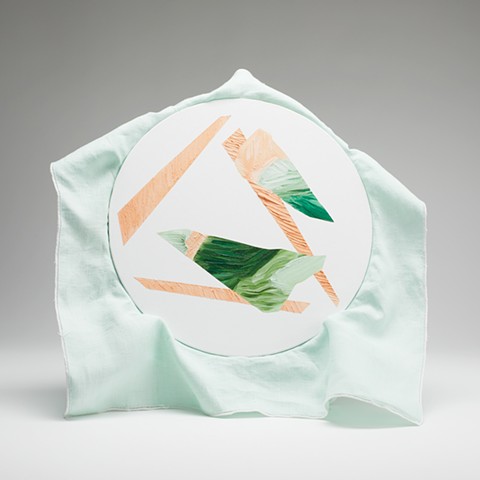 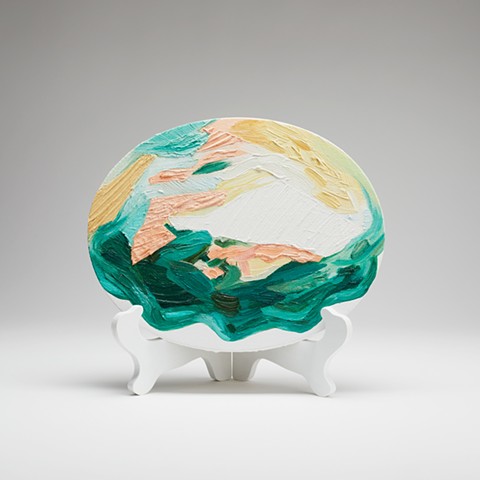 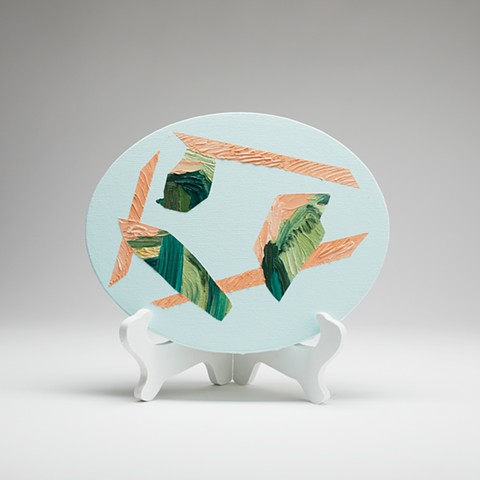 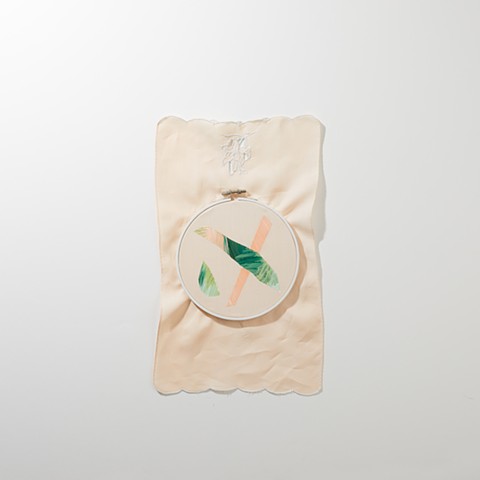 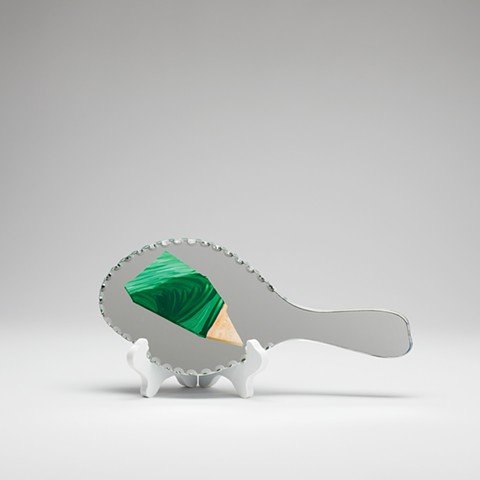 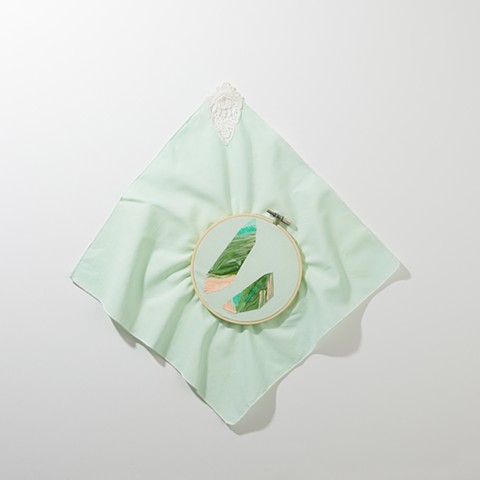 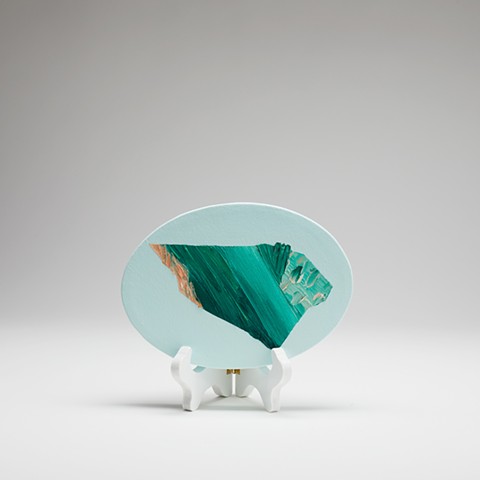 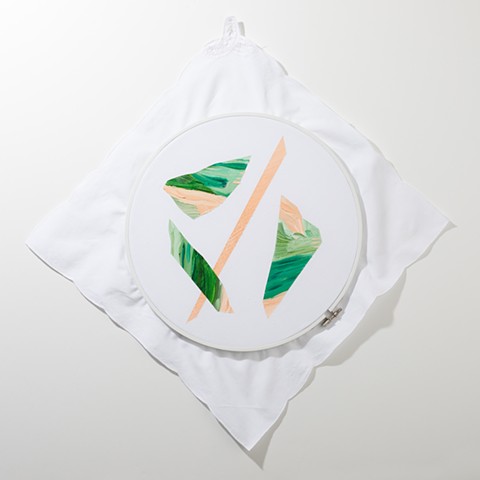 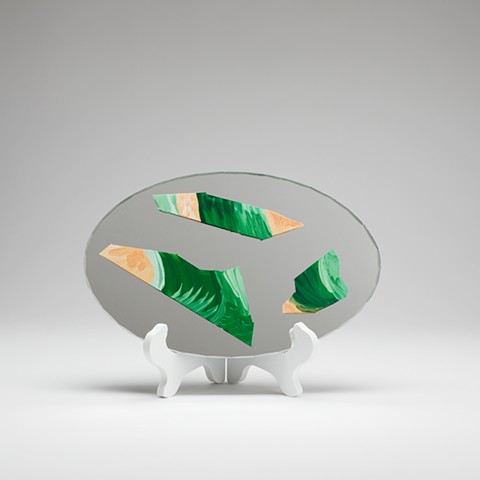 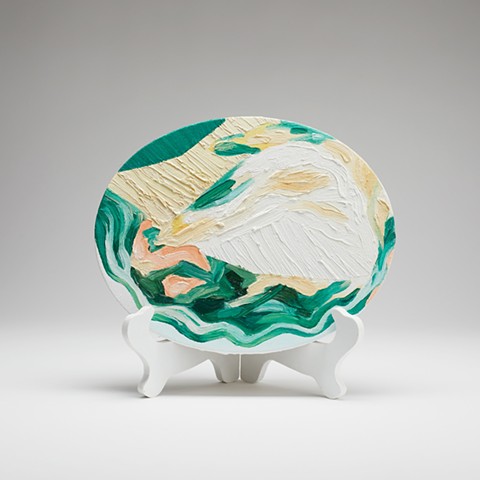 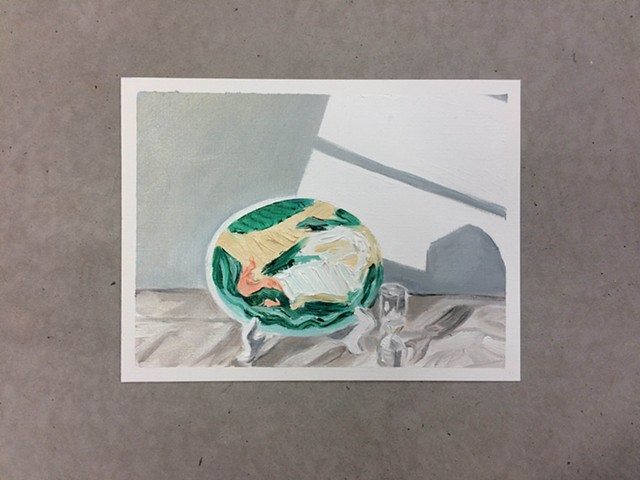 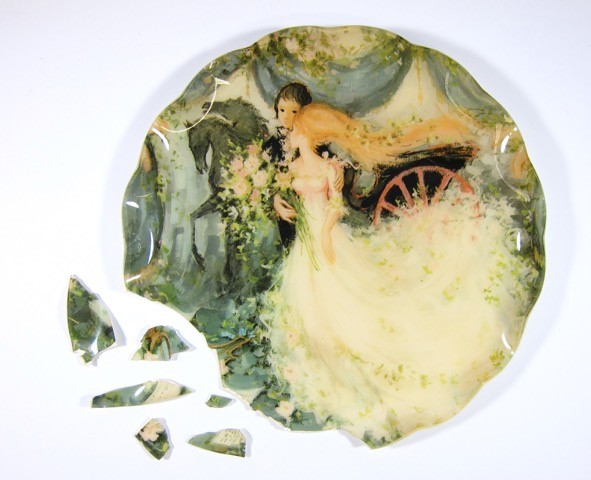 1. Anniversary gift which belonged to my Grandmother Plastic plate of a bride & groom & 6 broken pieces 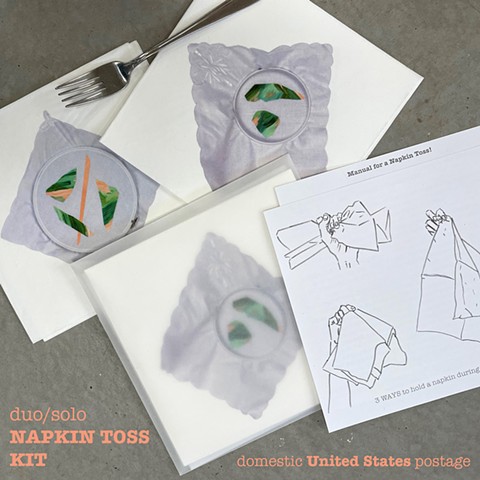 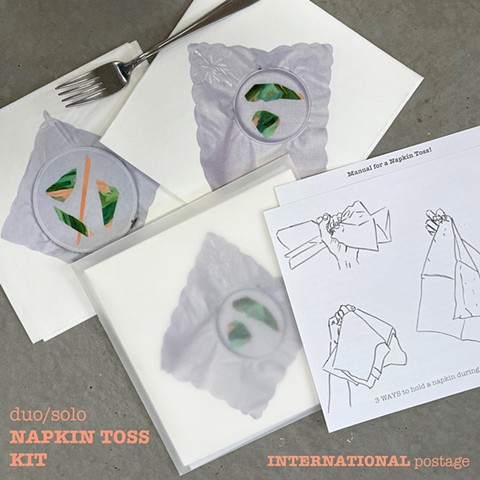 The wall installation New Skin for the Old Ceremony (a Leonard Cohen album title) is an ongoing series of paintings and artworks inspired by a decorative plate with a fairytale image of a wedding couple. The plate belonged to my grandmother; it was an anniversary gift that once hung on the wall of her bedroom. It came into my possession when she unwillingly had to move into a nursing home due to dementia. This horrible transitioning to the last phase in life, together with my fond memories of her and the keepsake of the plate, gave rise to an ongoing project of reworking the image of the plate and exploring concepts of memory and loss, vulnerability, and traditional roles within a changing society.

The plate’s romanticized ‘bride and groom’ image of heterosexual marriage led me to reflect on how we are groomed to fit into society, on what is conventional and acceptable, and on the need to break down these traditional views and to talk about the pain and hurt experienced in the queer community—especially given the last four years of ‘Trumpism’ in which some people freely voice their censure of the LGBTQIA+ community. Instead of moving forward, we seem to be taking steps backwards.

The wall installation is a nostalgic set up of ‘plates’, placed into the home space as they would be proudly displayed in the china cabinet of a traditional Dutch family room, where dinners featured table linen and embroidered napkins, where domestic customs were upheld, and where children were groomed about table manners and societal behavior. My grandmother’s surfeit of linens, which she kept for many years while living alone, were the inspiration for the wall, and are commemorated.

The plate was damaged partially since I acquired it, and I have taken the broken pieces and reworked them for this particular installation. The original image is transformed through abstraction: the genders are blurred; the shards become painted abstract shapes, primarily on vintage napkins stretched over wooden embroidery hoops and painted as well to the surface of vintage mirrors. I adapted the plate’s color palette to create irregular green triangles and jagged peach-colored strips—shards of hope, protective new skins of healing and renewal. It’s the same old body, but something is different: it’s the same old fight, but one has to continue to adjust. A new skin for an old ceremony.