You, Me & DUENDE Doreen was painting anonymous images from porn magazines when we shared a studio in Montreal. It was interesting company, but a relatively concise and intense chapter in her exploration of provocative images, a theme she has revisited throughout her studies primarily through self-portraiture. While these early portraits were fictionalised and at times intentionally sexual, the new work in 'You, Me & Duende' returns to the self-portrait, but through the sober lens of reality – inspired by the complexities of true love stories and human sexuality, love and romance. The relationship with the in-between space of the mirror is inherent to the self-portrait. For Doreen, the mirror is a resting place where the viewer can position themselves, and also a confined, anxious, and framed-in space. As Michel Foucault notes, the mirror is both a real and an unreal space simultaneously. The mirror is a 'placeless place' where you can see yourself there where you are absent; but the mirror does really exist, exerting a sort of counteraction on the position that you occupy. Doreen’s mirror is a resting place, or point of access for the viewer, but it is also the site of absence and presence. Doreen constructs her paintings with codes and symbols as Jan van Eyck’s 'Arnolfini Portrait'. Where that mirror bears witness to an event, this work represents a period of transition, of leaving and loss. Mourning the breakdown of a marriage, Doreen has relocated to her birth country, trying on another (Dutch) identity – sincere, bared, silly and hopeful. – ILGA LEIMANIS Artist, Curator, Writer & Friend 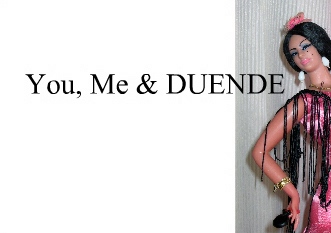